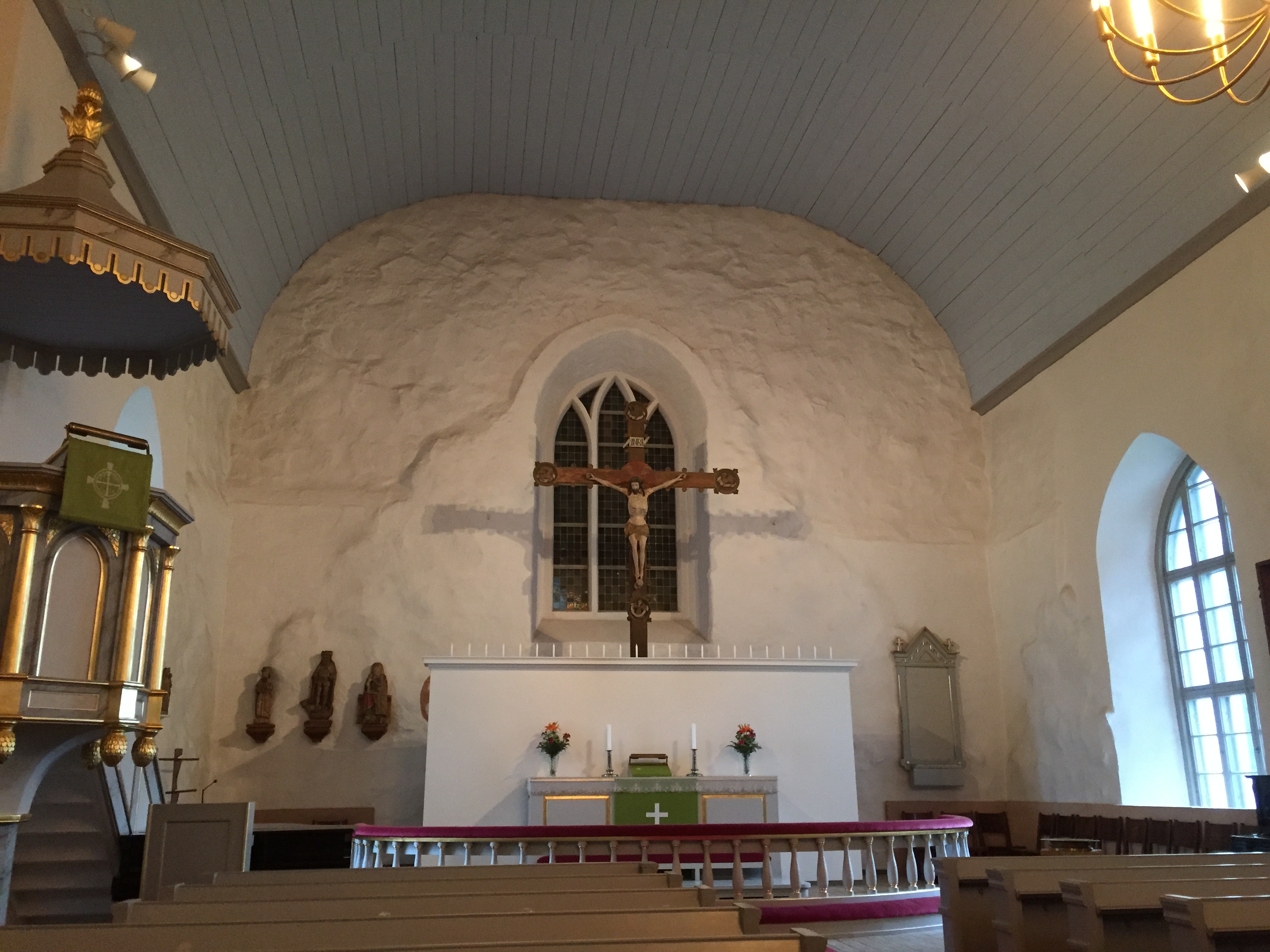 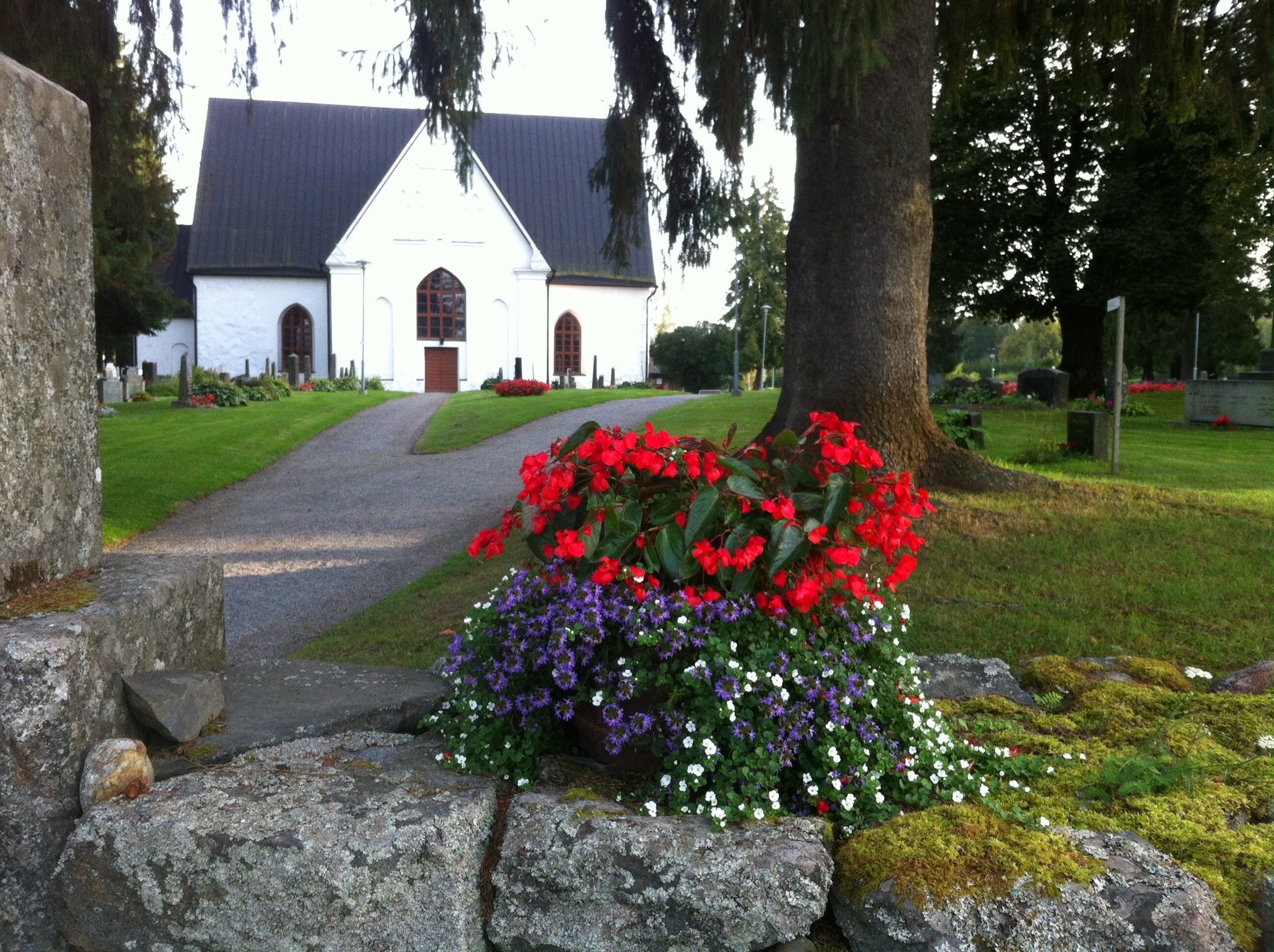 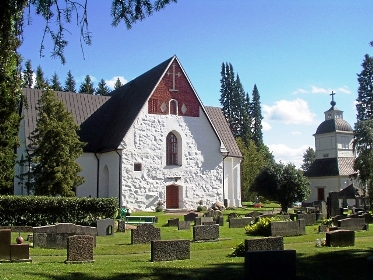 Open daily from early June
until Mid August
from 11.00-17.00, during this time there will be a guide in the church.

The earliest information about Sysmä's churches comes from 1398.
The present church of Sysmä is mentioned for the first time in
1442 in King Kristoffer's letter - at that time Sysmä had
become a spiritual center of the Itä-Häme province.

It is impossible to define the exact time when this church
was built, but recent studies show that the estimated building time was around 1510-1520.
According to ancient folklore they had started to build the church in Kuokanmäki, Linna village.
The problem was that whatever was built in the daytime, was destroyed at night.
The mutual decision was that the place was unsuitable. Later on
they lifted a stone that was held sacred onto a sledge that was
pulled by an ox. They decided: " Where ever that ox stops, that
will be the place for our church ". And the ox stopped at the
place where the church stands today.

Sysmä's medieval, gothic style church is built of grey stone and
bricks. It has experienced many changes during its 500+ years of existence.
The renovations, the Reformation, development and
the passing of time have all  formed our the church into what it is today. The biggest change  was in 1833, when the church was renovated according to the
design of C.L. Engel, to become a cruciform church.